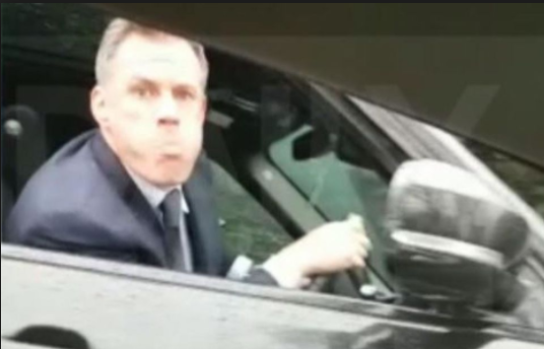 This is the moment that Jamie Carragher’s professionalism should have kicked in and overrode his emotions to react to some puerile taunting from a Man Utd fan. But he didn’t. And the consequences look like a metaphorical car crash. Two jobs lost, reputation in tatters and being labelled a hypocrite, as spitting is often cited as the lowest of the low amongst many lows on the football pitch!

But as business leaders what can we learn?

So, whether you are in a work situation, down the pub on Friday night or driving back from the football, always think first before opening your mouth. As Jamie learned, it can lead to a quite unflattering spat! 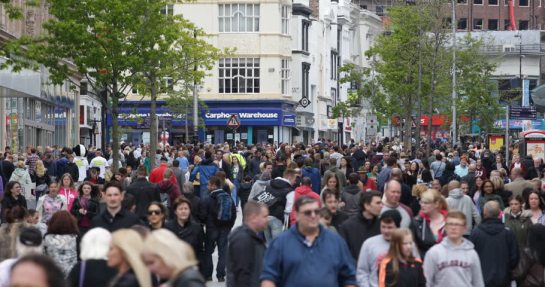 One of the first questions I want answered when I receive a brief is “Who are the people we are trying to influence?”. Here’s a real example of the level of detail that we came across in a brief that was out for pitch recently: “We generally attract visitors of all ages however it is …

END_OF_DOCUMENT_TOKEN_TO_BE_REPLACED

It’s not the bite, or the initial denial that has really got my goat. No, it’s the rather pathetic and obviously choreographed admission and apology ‘published by Luis Suarez’ earlier this week for his gnashing of Italian tough guy Chiellini.

And, herein is the lesson for those of us in PR. if you do something wrong, admit it quickly, apologise and do your best to put things right.People will in the main forgive you your mistake and the news won’t linger for weeks afterwards.

Those tempted to do a ‘Suarez’ and deny it, claim unfair victimisation and milk the sympathy of stakeholders will soon find their reputation in tatters when the truth is revealed.

I cannot believe that anyone of sane mind believes that Suarez is remorseful and therefore he should not be surprised if no one ever trusts him again. But if he’d have immediately fronted the press after the match, admitted his guilt and apologised we would have moved on…probably!

We’ve just moved offices. Those of you who have done it recently know that it is fraught with hassle. There is so much to organise AND you find you are so dependant on the abilities and competencies of others to make it in one piece.

So let’s start with the bad shall we? I have been introduced to an industry I never knew existed. The energy supplier registration industry. I have been plagued by numerous calls from people quite obviously in call centres like the one featured in the BBC’s series ‘The Call Centre’. Apparently they have been sent my contact details by the current supplier of energy to our new offices to say that we are a new tenant that needs to be signed up by a new supplier.

About four different companies have apparently been calling me to offer their services to get me th best deal for my electricity. No real introduction of who they are or what they do. Whether they are a broker or simply a register. So I have been giving the caller information about meters., our landlord and the type of organisation we are so that they can give me an estimate.  But I keep having to tell them that I am waiting for vital information from our landlord, two, three, four times a day!

And then I find out that at least three of the people I have been talking to are from the same company but they have no records of one of their colleagues calling me and ‘Josh’ doesn’t even know who ‘Martin’ is – he asked me for his surname!

So whether it’s systems or culturally based, their poor internal dialogue has resulted in a hi=uge waste of my time and a very unsatisfactory customer experience. What do you think of that Nev (star of The Call Centre)?

Contrast that with BT. Yes BT! OK it hasn’t been perfect with long waiting times and expensive contracts but…they turned up when they said they would, did what they said they would and followed that up with some post-event customer calls and surveys. Laura n the BT call centre was my account manager and dug me out of a couple of holes. She spoke to all three individuals who were involved in getting us connected as well as regular calls in the run up to installation and a couple of calls to check that everything went well. And she was pleasant to deal with. Well done Laura…and begrudgingly BT! It gave me a much better experience than I was expecting and has improved my perception of them as a brand.

“Allez, Allez!” the call will go up on Sunday as the Tour of Britain – including Wiggo the sideburned super-hero and the Manx Missile Cav – hits Suffolk and Norfolk. Streets will be lined and flags will be waved. The day before, us amateur enthusiasts get the chance to ride the route as well. Great idea…but poor execution. Why’s that then?

Well the route ends in Norwich. And the Challenge route starts in Yarmouth. There is a direct train from Norwich to Yarmouth. So far so good. But it appears that Greater Anglia, who took over the franchise from National Express championing change for the good, who took over from Anglia Railways championing change for the good (see the pattern?), have missed a great opportunity to offer an olive branch to the county’s cyclists by not offering transportation beyond their maximum 4 bikes per train restriction.

Surely all they need to do is pop on a freight carriage and for a fiver a time plus maybe a £1 charity donation they could have done all of us a favour and bucked up their revenue by filling a few trains on a Saturday morning. But no. Doesn’t seem that they have heard of what’s happening or they haven’t caught the Olympic fever generated by Brad or Sir Chris.

Do they know it’s happening? Has Norfolk County Council not contacted them? Do they not have a business opportunity radar? The crux of this matter appears to be a breakdown in communication. A couple of quick calls to a cyclist or two would have given them an insight about what to do. Simples.

Welcome to WordPress.com! This is your very first post. Click the Edit link to modify or delete it, or start a new post. If you like, use this post to tell readers why you started this blog and what you plan to do with it.